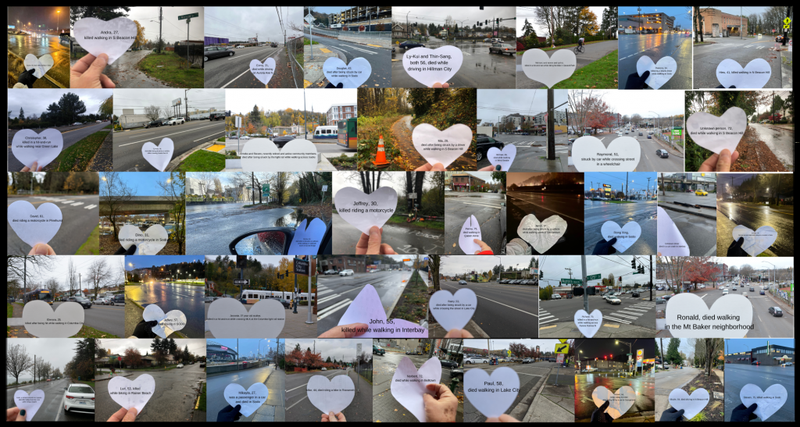 We believe that everyone should be safe traveling on our streets — no matter how you get around.

Safely getting to where you need to go is a human right, but tragically, over 30 people die and 150 people suffer life alternating injuries on Seattle's streets every year.

Traffic violence, like so much else in our city, is disproportionately harming people of color, people with disabilities, elders, low-income people, and unhoused people. Furthermore, in the last 3 years, nearly half of fatal crashes occurred in District 2

But these aren't numbers. These are people. And each death has rippling effects on their family, friends, and community.

We can create safe streets for all

It doesn't have to be this way. In 2015, the City of Seattle committed to Vision Zero — the goal to have zero traffic deaths or serious injuries on city streets by 2030. Cities like Oslo, Helsinki, and even Hobokin have achieved Vision Zero, and we can too. We laid out how in a recent op-ed:

The single most important thing the city can do is redesign our most dangerous streets, starting with Aurora Avenue North, Lake City Way Northeast, Martin Luther King Jr. Way South, Rainier Avenue South and SODO streets in south Seattle. These kinds of poorly designed streets are where 80% of pedestrian fatalities happen.

Adding bus lanes, protected bike lanes, marked crosswalks and traffic calming are proven strategies to make these kinds of streets safer for everyone. The Harrell administration can champion and accelerate these types of projects by insisting SDOT fight for state and federal funding, prioritize safety over speeding and streamline the infamous “Seattle Process.”

The transportation department’s data also shines a spotlight on how to improve safety at Seattle intersections — where 59% of all pedestrian fatalities occur — using three proven strategies. First, SDOT’s laudable “pedestrian head start signal” program, which reduces serious collisions by 35%, needs to be expanded to the entire city. Second, SDOT should give drivers designated times to turn by adding left turn signals and banning right-hand turns on red lights at every intersection. Third, we need to improve the 66% of arterial intersections that lack a crosswalk by creating raised crosswalks, which reduce crashes by 45%.

Physically redesigning our streets is the most effective and equitable way to keep people safe. While enforcement can play a role, it should only be considered as a last resort. To make enforcement more effective and equitable, Seattle should shift the enforcement of traffic laws from Seattle Police Department to civilians within SDOT — something 73% of Seattle voters supported in a 2021 poll. This would create a focus on solving root causes of traffic safety issues, reduce the likelihood of deadly escalation and allow SPD to focus on other priorities. And wherever possible, the odds for human bias should be reduced by installing automated enforcement cameras. Furthermore, these cameras could use progressively tiered tickets and ticket alternatives, so that we can keep the focus on changing behavior, not on raising revenue.

The good news is that these changes won’t simply address the safety crisis on our streets; they will improve the quality of our lives by creating a city where kids can get to school safely, elders can maintain their independence, people with disabilities can have equal access to jobs and so much more. There are many problems that are outside of Mayor Harrell’s control. This is not one of them — we need his leadership again. 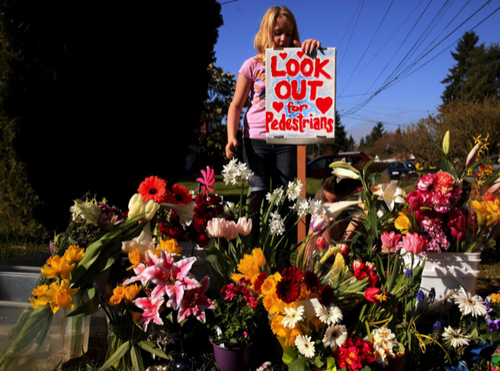 Care about ending traffic violence? Here are three ways you can help keep everyone safe on our streets: