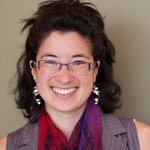 Clara is excited to be putting her background in programs, volunteer management, and leadership development to good use advocating for safe streets with Seattle Neighborhood Greenways. She believes in the power of grassroots organizing, the importance of equity and inclusion in our movement, and the incredible value of befriending neighbors. Clara is a natural community builder with a passion for making our home city a place in which all of us can live, move, and have fun. 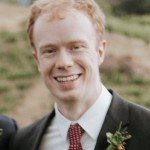 Gordon believes in the potential power of local neighborhood greenways groups to transform Seattle for the better. He got involved with SNG through volunteering with his local group, Central Seattle Greenways, where he coordinated the SR 520 campaign and organized the 2013 Livable Streets Mayoral Forum. Every week Gordon is inspired by the positive impact community members are making in their neighborhoods, and comes to work everyday excited to bolster their efforts and cultivate the safe streets movement in Seattle. 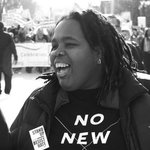 I am a longtime organizer who grew up in Seattle’s Central District and started my organizing career with Jobs with Justice and Mothers for Police Accountability. My body of organizing work includes issues that impact communities of color: Economic Justice, Housing, Immigration, Police Accountability, and Transportation. I’m helping to raise my fourteen-year-old nephew and actively support him by disrupting the school yard-to-prison pipeline that snags our black and brown boys. 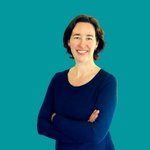 Rebecca Lavigne (she/her), Development Director, is excited to be working with Seattle Neighborhood Greenways to further her lifelong passion for connecting people and place. She has 15+ years of strategic and operational experience helping nonprofit organizations build community support and achieve greater impact, including a decade with Washington Trails Association. When not building support for the streets-for-people movement, you might find her advocating for housing justice or walking a mountain trail. Rebecca lives in Northeast Seattle, where she operates the very unofficial Twitter account for her neighborhood light rail station (@RoosieStation). 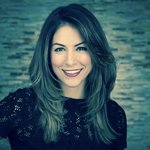 Carolina Endara (she/her), Communications Director, joins Seattle Neighborhood Greenways with over eight years of experience in marketing and communications. She’s dedicated her work towards supporting causes focused on raising awareness and providing resources for oppressed and underserved communities around the world. Her passion for writing and storytelling has led her to report on humanitarian projects in Guatemala. Her experience in brand development and project management has allowed her to lead and facilitate projects in Colombia, El Salvador, Tanzania and Liberia. She’s worked alongside health experts and industry thought leaders to address critical issues including emergency preparedness and diversity, equity and inclusion. In her spare time, you can find Carolina running around Green Lake, scoping out new parks and trails and enjoying Seattle’s eclectic cuisine. 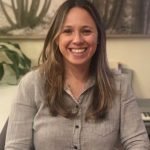 Valentina holds an MBA from Presidio Graduate School in Sustainable Business. She is a Certified Nonprofit Accounting Professional with more than 16 years of combined experience in nonprofits, government, and business. After moving to Seattle from NYC in 2009, Valentina became a Program Officer for the Mize Family Foundation, and subsequently the Director of Operations at Pomegranate Center. She now focuses her skills on financial management and is proud to join the SNG team. 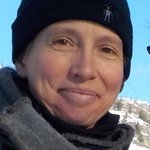 Barbara has been a volunteer and supporter of Seattle Neighborhood Greenways since the organization was founded in 2011. Barbara has a Master of Public Health in maternal and child health. She is passionate about tactical urbanism, climate change, public health, and reshaping our city to be the kind of place we need it to be. Barbara is a family biker and bikes with her son Hank around Lake Union and beyond. 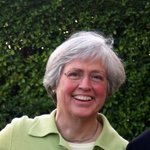 Barbara is currently a healthy community advocate working on parks, transportation and community livability issues. She was previously the Deputy Director of the Environmental Health Division, Public Health – Seattle & King County. She also served as Parks Director for King County, Washington, and Parks Director for the City of Omaha. She is a former Seattle Park Board Member and in 2014, she co-chaired the Seattle Parks Citizens Committee and that championed the successful Seattle Metropolitan Parks District. She is a former board member of the The Arboretum Foundation, Transportation Choices Coalition and Seattle Audubon. 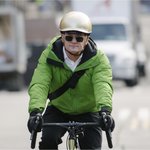 Bob Anderton is a bike lawyer who has been representing injured bicyclists and pedestrians for nearly three decades. He is the founding attorney at Washington Bike Law where the firm’s motto is “Representing injured bicyclists statewide and helping make our streets safer for everyone.” Bob also serves on the board of Bike Works. Bob is a year-round bike commuter and member of West Seattle Bike Connections. 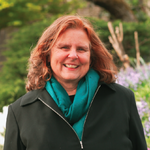 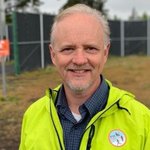 David has played a key role in developing national movements for smart growth and transportation reform. He led communications and strategy for Smart Growth America, a national nonprofit based in DC and for their spin-off, Transportation for America, which works to popularize support for walking, bicycling, transit and other options beyond the automobile. In 2003, working with national bicycle and pedestrian advocacy groups,  David coined the term “complete streets” to describe those that provide for the needs and safety of all users, and was a steering committee member of the National Complete Streets Coalition. He has written planning guides and communications for housing, health, and transportation professionals and for philanthropists and advocates. A former chair of the Seattle Pedestrian Advisory Board, he currently serves on the Seattle Planning Commission. He currently works at the Washington State Transportation Department, where he is the community liaison and ombudsman for Seattle mega-projects. 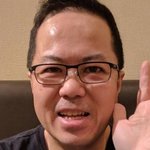 Dai Toyama is a resident of Pinehurst who advocates for safe streets for people of all ages and abilities. Dai currently serves as the president of Pinehurst Community Council, working to bring a safe walking/biking environment into the neighborhood. He is also a member of the organizing committee for District 5 Community Network, facilitating communication and information sharing among the neighborhood groups in District 5. 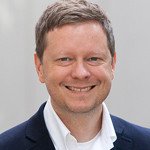 Mark is a CPA who runs a consulting practice specializing in process improvement at very large nonprofits like UW Medicine and Sound Transit. In a prior life, he was creative director at an ad agency. Mark’s current creative outlet is the Twitter feed for Queen Anne Greenways, where he serves as co-leader. Mark loves to travel and observe what works and what doesn’t in cities around the world. 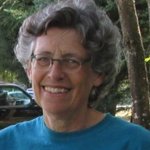 After retiring in 2012 from a career as a Home Hospice nurse, Merlin unleashed her passion for sustainable transportation, with the bicycle at the center. She co-led Central Seattle Greenways, served on the Seattle Bicycle Advisory Board and the Cascade Bicycle Club Board, and joined SNG’s Racial Equity team to develop SNG’s Racial Equity Action Plan before joining the SNG Board in (was that 2018? 19?). She leads SLOW Rides with Senior Ladies on Wheels, including biking and walking tours exploring Redlining and Racial Segregation. 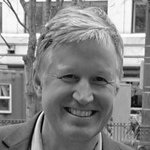 Mike O’Brien has been a daily bike commuter for nearly 20 years and, having raised both his sons in the city in a multi-modal household, he cares immensely about the safety of all transportation systems users. Mike is a former Seattle City Councilmember having chaired the transportation committee for the past four years. He also serves on the Sierra Club’s national board of directors. He lives in Seattle’s Fremont neighborhood. 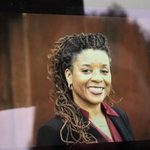 Phyllis Porter is a community outreach and engagement specialist and was a co-founder and long time leader of the SNG’s Rainier Valley Greenways-Safe Streets group. She was recognized by SDOT as a 2015 Community Bridge Builder for initiating funding and organizing outreach for a new Rainier Valley neighborhood greenway. Phyllis served as a member of the Seattle Bicycle Advisory Board and she is the founder/director of the Seattle Chapter of Black Girls Do Bike. In 2019 she was a candidate for Seattle City Council for District 2. 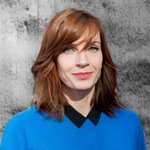 Shannon Nichol is a founding partner of Gustafson Guthrie Nichol (GGN). Her designs, including Millennium Park’s Lurie Garden, the Bill & Melinda Gates Foundation Campus, and the Burke Museum, are widely recognized for being deeply embedded in their neighborhoods and natural contexts. She and her partners received the Smithsonian’s Cooper-Hewitt National Design Award for Landscape Architecture in 2011, and GGN is the recipient of the 2017 ASLA National Landscape Architecture Firm Award. Shannon lectures internationally, frequently juries for design awards, and serves on advisory committees for universities and nonprofits. 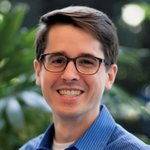 Troy Heerwagen is a pedestrian advocate, professional consultant, and author who has supported Seattle Neighborhood Greenways since 2013. Troy operates @WalkingSeattle on Twitter and also produces the annual “Worst Intersection in Seattle” competition for The Urbanist. He loves to solve problems as a professional consultant and is the author of Move to the Place of Your Dreams: A Relocation Handbook. Troy enjoys walking, hiking, and biking with his wife and two children. 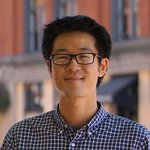 Alex Lew is a bike commuter, a public transit rider, and an overall transportation geek. An urban planner by training, he has had a lifelong passion for improving multi-modal and active transportation options. Alex lives car-free in Capitol Hill, and currently works as a transportation planner at Sound Transit. His most memorable biking experience was a midnight bike ride through the streets of New York City as part of an urban history course, and since then, has been convinced that the best way to understand a city is by biking and riding its public transit system.